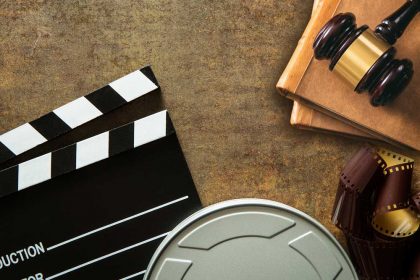 A jury in Georgia has awarded $8.6 million to the family of a stuntman who died on the set of AMC’s post-apocalyptic zombie drama The Walking Dead.

On December 19, 2019, the jurors found AMC Networks’ entity, TWD 8, and its production company, Stalwart Films, negligent in the death of 33-year-old John Bernecker, who died while filming an episode on the show’s Senoia, Georgia set in July 2017.

Bernecker was performing a stunt in which he was supposed to flip over a railing and land on a padded mat 21 feet below. The stuntman, however, unexpectedly grabbed the railing during his fall, altering his trajectory and causing him to miss his landing spot by inches.

He suffered severe head injuries and died two days later in the hospital.

Bernecker’s parents, Susan and Hagen Bernecker, sued AMC and its related entities in January 2017, accusing the companies of cutting corners and failing to meet their own safety protocols.

A state judge in October rejected AMC’s argument that it could not be held liable for the death because Bernecker was in control of his stunt and positioned the mats that would be used to break his fall. AMC argued that, under Georgia law, Bernecker had assumed all of the risks of the stunt and, thus, the firms could not be held responsible for his death.

Attorneys for Bernecker’s parents countered that another performer in the scene had pushed their son without warning and that it was impossible for Bernecker to have fully accepted the risks.

Judge Emily Brantley said at the time that it was “patently obvious” that it would be up to a jury to determine the issue of liability. The same judge had earlier ruled that the connection between AMC and the show’s production was enough to send the case to a jury.

In a key finding, the jurors said that Bernecker was working as an independent contractor, and not an employee of Stalwart Films, which allowed the family to recover civil damages.

The jury cleared the other actor, Austin Amelio, who during a six-day trial adamantly denied touching Bernecker in the stunt.

However, the panel did find Stalwart Films, TWD 8, and other individual defendants liable in Bernecker’s death.

Bernecker was found to be 6% responsible, and AMC was cleared of any responsibility. The damages are expected to be covered by insurance.

Thanks to our friends from Cohen & Cohen for their insight into medical malpractice lawsuits.

How do I start determining liability of property owner?

How is breast cancer diagnosed?