What happens if I get hit by a truck’s load or cargo?

What happens if I get hit by a truck’s load or cargo? 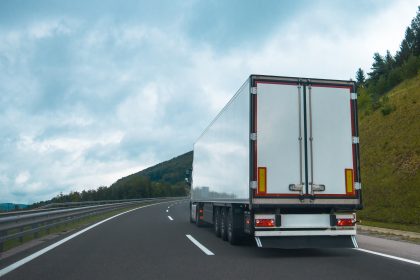 Semi trucks are a formidable presence on Delaware’s roadways. A tractor-trailer itself can pose a huge risk to other drivers; the size and weight of these vehicles tends to dwarf the passenger cars, trucks and SUVs that most residents use to get around. However, the loads that semi trucks carry can also prove dangerous and even deadly when involved in truck accidents.

According to the Federal Motor Carrier Safety Administration, it’s vitally important for truck drivers to secure their loads correctly. The cargo being transported has to be transported securely, either on the truck’s bed or inside a truck. The cargo must remain secure under all types of conditions which could reasonably be anticipated, including when a driver is reacting to an emergency.

The FMCSA notes that improperly secured cargo can lead to a crash, serious injuries, loss of life, the loss of a truck’s load, vehicle damage and damage to the cargo. In addition, poorly secured cargo can also lead to penalties for a truck driver including citations and fines. So, how can a truck driver secure their load properly? There are many federal trucking regulations that detail specifically how different types of cargo must be secured; however, there are some general principles that can guide the securement of a load.

Cargo must be prevented from falling off the vehicle, of course, but also falling through the vehicle, spilling or leaking. Additionally, it should not be able to be blown off the vehicle. Properly secured cargo shouldn’t be distributed in such a manner that it affects the truck’s maneuverability or stability. In addition, cargo should not obstruct a driver’s view, either to the right, to the left or ahead, nor should it interfere with a truck driver’s ability to move their arms or legs.

If a Delaware resident is in an accident with a semi truck, there may be a chance that person is injured or even killed by improperly secured cargo. A negligent truck company or truck driver can be held accountable for failing to secure a load properly and contributing to someone’s injuries or death. A Delaware trucking accident attorney can provide legal advice and strategic guidance.

Uncovering the true cause of a truck accident

Drug, alcohol testing for truck drivers in Delaware and beyond