Three people got hurt recently in a multi-vehicle accident on a Delaware state highway. Although the full extent of the victims’ injuries is not known, police did indicate that all three victims were expected to survive.

The accident involved three passenger vehicles and one semi. The driver of the semi did not, however, appear to be at fault for the accident. Police say that, instead, one of the other vehicles was heading north and driving the vehicle recklessly, and, from the police account, may have been weaving in and out of traffic.

The driver of this vehicle pulled out right in front of another passenger car, and that car had to take evasive action. Unfortunately, the other vehicle had nowhere to go but into the side of a car on its right. The driver which started the chain reaction also then slowed down suddenly. The drivers of both cars that hit each other crossed over into oncoming traffic, hitting another car and the semi. The semi was hauling two trailers and jackknifed, flipping one of the trailers.

Three victims were taken from the scene of the accident for treatment at nearby hospitals. It is not clear what charges, if any, the driver who started the accident will face, and the police are still asking for additional information.

If anything, this case illustrates that, while some motorists may see it as necessary or even kind of a thrill to drive on a highway like one would drive on a race track or in a video game, in real life, that kind of driving can lead to serious car accidents. While thankfully everyone involved in this collision is expected to live, the victims may still need compensation for their injuries, and the at-fault driver is legally responsible to pay that compensation.

Legal help after a texting and driving accident 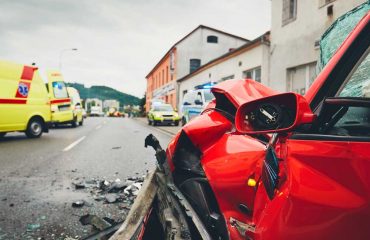