Should tractor-trailers be allowed to be bigger? That question might make some Delaware residents uneasy, as Congress ponders transportation bills that could affect the literal impact of truck accidents. With Delaware being so close to some of the busiest sections of the East Coast, many local residents likely have to maneuver around tractor-trailers every day. While most of the time truck drivers operate their rigs safely, an 18-wheeler accident is rarely just a fender bender and can easily cause serious injuries.

Due to their sheer size alone, not to mention other factors such as truck driver fatigue, trucks are an often-intimidating presence on highways, interstates, country roads and city streets. Still, trucks are needed to transport many of the goods Delaware residents rely on every day, so it’s likely that large, heavy trucks are here to stay. If some carriers have their way, though, some of these trucks may become even larger and heavier in the future.

Several carriers, including UPS and FedEx, are pushing for longer allowable lengths for double trailers. Those who argue that this would be beneficial cite their potential increased efficiency. According to the U.S. Department of Transportation, truck traffic has shot up 15 percent between 2002 and 2012. This may be due in part to Americans’ strong propensity for the convenience of online shopping.

The proposal being considered by Congress includes adding ten feet to the maximum allowable length of trucks pulling two trailers. Currently, the common configuration for two trailers is each trailer being 28 feet in length. However, a truck hauling two 33-foot trailers requires 20 more feet to stop than the current setup of 28-foot trailers. It has yet to be seen whether federal trucking regulations will change, although the Obama administration has noted it is against allowing trucks more size or weight. 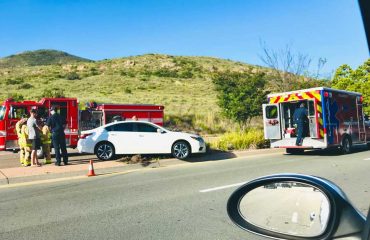