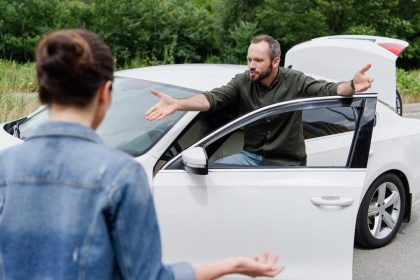 Many people get frustrated while driving, especially if they live and drive in areas that are heavily populated. However, there is a big difference between being a driver who gets frustrated behind the wheel and an aggressive driver.

We have all had experience with an aggressive driver or “road rage.” An aggressive driver gets so worked up that he or she can put him or herself in danger as well as other drivers on the road by causing or contributing to an accident.

Here are some safety tips from the National Highway Traffic Safety Administration on how to deal with an aggressive driver the next time you encounter one:

Get out of the way. If you encounter an aggressive driver on the road, don’t play into his or her road rage. Instead, make every effort to get out of his or her way.

Just let it go. Although your pride may encourage you to fight back with your own aggressive driving tactics, it’s best to just brush off the other driver and move on with your day.

Look away from the driver. Some aggressive drivers only get more aggressive if you make eye contact with them, so it’s best to not look at them in order to disuse the situation.

Report serious aggression. If the driver is acting in a way that could be putting others in danger, have a passenger call the police or do so after you have pulled over to a safe location.

Are you an aggressive driver? If you answer yes to more than a couple of these, you may want to follow the NHTSA’s tips for staying calm and collected on the roadways.

If you were involved in an accident with an aggressive driver, you may be entitled to damages. Talk to an experience personal injury lawyer right away about the specific facts of your case.