Rescuers had to take three people, all of who were under 30 and one of whom was a teenager, to the hospital following a crash at a Wilmington-area intersection. According to reports, the crash involved more than one vehicle. Authorities initially thought at least one of the victims had gotten trapped in their car.

According to reports, one of the victims was experiencing pain in the neck, and the teenager had suffered some sort of head trauma as well as other internal injuries. The other person was taken to the hospital after complaining that he was feeling pain after the accident. The victims were reported to be stable, but the exact extent of their injuries was not known. Likewise, the status of the police’s investigation in to the cause of the crash was not clear.

One thing that is clear, however, is that, since this crash happened at an intersection, it is reasonable to guess that it, like other car accidents at intersections, happened because two vehicles entered the intersection at the same time. Usually, such accidents happen because, for whatever reason, one driver probably went in to the intersection without having a legal right to do so.

It Is always sad when a car accident like the one in this case causes young people to suffer, as such an accident could in the worst cases ruin a young person’s life and future, all because someone was not paying attention, tried to beat a light or doing something else that, however innocent seeming, can cause accidents on the road.

Even in the early stages of an accident investigation, victims can still begin evaluating their options for getting compensation for their injuries. 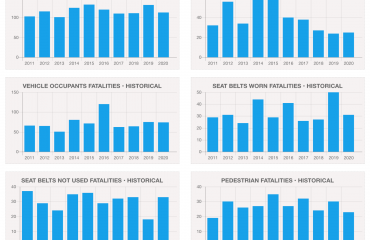