Delaware officials: Buckle up and slow down this holiday season

Delaware officials: Buckle up and slow down this holiday season

In effort to reduce highway fatalities in the state the Delaware Office of Highway Safety (OHS) kicked off a campaign to remind drivers to follow the speed limit and use their seatbelts after preliminary crash data from 2014 indicated that speed and improper seatbelt usage were involved in many highway fatalities.

The first phase of the “Buckle Up. Slow Down.” campaign took place in October, and the second phase will begin the day before Thanksgiving on November 26 and run through December 31. During that time, state police will be on the lookout for drivers who are speeding, or anyone who is unrestrained or improperly restrained in a vehicle.

Remember, in order for a seatbelt to work properly the lap belt must be worn low and snug across the hips and the shoulder harness should cross the shoulder and chest with as little slack possible.

Under state law, all passengers need to be buckled up no matter where they are sitting in the vehicle. Additionally, children under 12 must ride in the backseat, and there are strict car seat and booster seat rules for these children as well.

We can all do our part to help reduce the number of fatal car accidents on Delaware roads this holiday season. If you have lost someone you care about in a car accident, you know that wearing a seatbelt and following the speed limit are small prices to pay for staying safe. 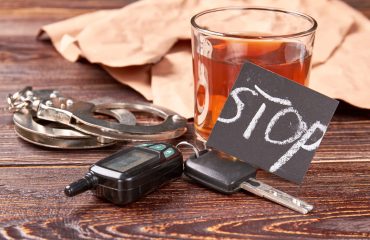 You Don’t Have to be the Victim of an Irresponsible New Years’ Eve Partier.